Eradicating poverty in all its forms remains one of the greatest challenges facing humanity. While the number of people living in extreme poverty dropped by more than half between 1990 and 2015 – from 1.9 billion to 836 million – too many are still struggling for the most basic human needs.

Globally, the number of people living in extreme poverty declined from 36 per cent in 1990 to 10 per cent in 2015. But the pace of change is decelerating and the COVID-19 crisis risks reversing decades of progress in the fight against poverty. New research published by the UNU World Institute for Development Economics Research warns that the economic fallout from the global pandemic could increase global poverty by as much as half a billion people, or 8% of the total human population. This would be the first time that poverty has increased globally in thirty years, since 1990.

More than 700 million people, or 10 per cent of the world population, still live in extreme poverty today, struggling to fulfil the most basic needs like health, education, and access to water and sanitation, to name a few. The majority of people living on less than $1.90 a day live in sub-Saharan Africa. Worldwide, the poverty rate in rural areas is 17.2 percent—more than three times higher than in urban areas.

For those who work, having a job does not guarantee a decent living. In fact, 8 percent of employed workers and their families worldwide lived in extreme poverty in 2018. One out of five children live in extreme poverty. Ensuring social protection for all children and other vulnerable groups is critical to reduce poverty.

China is almost close to poverty reduction goal, a model for global campaign

China has almost won its decades-long battle against poverty, accumulating experience for the global anti-poverty campaign.

This year marks the final year for China to achieve goals of eradicating poverty and building a moderately prosperous society in all respects.

Chinese President Xi Jinping said Tuesday via video link at the general debate of the 75th session of the United Nations General Assembly that the country has every confidence it will meet the poverty eradication target set out in the 2030 Agenda for Sustainable Development, and that it will achieve that target 10 years in advance.

He also noted that China will lift all rural residents living below the current poverty line out of poverty within the set time frame.

Over the last 70 years, China has been steadily marching forward on the path of reducing poverty.

A total of 850 million Chinese people have been lifted out of poverty, contributing over 70 percent to global poverty reduction.

While China's experience in eliminating poverty has become an example for the world, the country has also undertaken its due responsibilities as a major country and lent a helping hand to other countries escaping poverty.

At the general debate of the 75th session of the United Nations General Assembly on Tuesday, Xi pledged to provide 50 million U.S. dollars to the China-FAO South-South Cooperation Trust Fund (Phase III).

Other real actions such as proposing the Belt and Road Initiative (BRI) and setting up the Asian Infrastructure Investment Bank have also led some underdeveloped countries to rise above poverty.

According to a research report published by the World Bank in October last year, the BRI is expected to lift 7.6 million people out of extreme poverty and 32 million out of moderate poverty across the world.

In conclusion, China is an ideal example of fighting against the poverty and achieved almost Sustainable Development N1 Goal in advance. It is claimed by world leaders that China has made historic achievements in eradicating absolute poverty which can be a professional model for leading other countries. 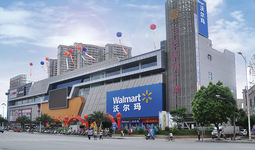 Uzbek entrepreneurs will be able to place their products in China through the centers of Sam's Club China, a subsidiary of Walmart Inc. 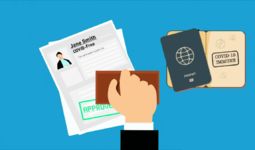