Uzbekistan’s GSP+ status is being seen as an opportunity to support the country in its economic development, its further engagement with the international community and in helping to build a more sustainable future for the country.

By joining the GSP+ – which also includes Armenia, Bolivia, Cabo Verde, Kyrgyzstan, Mongolia, Pakistan, the Philippines, and Sri Lanka – Uzbekistan will now receive preferential treatment through the full removal of tariffs on two-thirds of all goods included on the EU’s official product list. The move will likely result in a significant boost in trade relations between the European Union and Uzbekistan, whose trade balance stood at €2.3 billion in 2019.

After including Uzbekistan into the GSP+, however, the European Commission said their expectation was that “the GSP will create opportunities for export growth and attract further investment in the country, adding, “The acceptance of Uzbekistan as a beneficiary of GSP+ reflects the recognition of reforms undertaken by the government, in particular, to improve the business climate, the judicial system, security services, labor conditions, and administrative accountability and efficiency. It also testifies to consistent positive development in the socio-economic and labour sphere.”

Uzbekistan’s GSP+ status is being seen as an opportunity to support the country in its economic development, its further engagement with the international community and in helping to build a more sustainable future for the country. The GSP+ also gives the European Union a mechanism to continuously monitor the effective implementation of the 27 GSP+ relevant conventions, which will include ongoing collaborative rounds of dialogue with the government of Uzbekistan and other relevant stakeholders.

After having been included in the European Union’s GSP+, Uzbekistan is expected to significantly increase its export volume to the EU, particularly from immense and high-quality agriculture and cotton crop industries.

The inclusion of Uzbekistan into the GSP+ caps a process that first began in 2019, but can also be traced back to 2016 after President Shavkat Mirziyoyev first took the helm. In the half-decade since becoming president of the once-reclusive nation, Mirziyoyev has spearheaded a sustained reformation drive that is aimed at capitalizing on Uzbekistan’s strengths, while at the same time actively pursuing a policy of rapprochement with the West that, at the same time, maintains good relations with Russia and works to radically improve ties with its Central Asian neighbors.

During a recent virtual press conference from the Uzbek capital Tashkent, the country’s Investment and Foreign Trade Minister, Sardor Umurzakov, noted that the bevvy of reforms that have occurred – and which continue to take place – in Uzbekistan over the last five years, played a major role in Brussels’ view about the current state of affairs in Uzbekistan, saying, “The decision by the European Union to grant our republic the status of a GSP+ beneficiary country was taken given the tangible results of the large-scale reforms and transformations carried out under the leadership and on the initiative of the President of the Republic of Uzbekistan, which is aimed at establishing a democratic state with strong institutions of governance and civil society”.

The renewed focus of attention on Uzbekistan was further highlighted late last month when, on March 31, Hungarian Prime Minister Viktor Orban concluded a strategic partnership agreement with President Mirziyoyev – further proof that, despite Uzbekistan being 95th on the EU’s list of trade partners, certain countries in Europe view Tashkent as a key forward-looking and reliable economic and security partner.

In the months and the years to come, after further exposure to the European Single Market and stronger bilateral relations with the United States, Uzbekistan will most likely become indispensable when it comes to the further development of trade, economic growth and security in Central Asia. 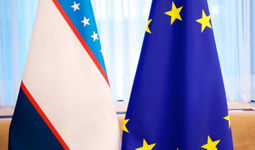 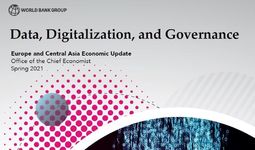