World Bank expert Anna Bjerde spoke about the problems of business in Uzbekistan, as well as about the main reasons for the growth of the country's external debt.

World Bank expert Anna Bjerde spoke about the main problem of business in Uzbekistan, as well as the main reasons for the growth of the country's external debt.

The economy of Uzbekistan should be more diversified, said Anna Bjerde, vice president of the World Bank for Europe and Central Asia.

"We have recently published two reports, which describe the problems that hinder the achievement of goals. In the first case, the progress of economic transformation in the country is assessed and compared with other countries. In the second, we conducted a systematic diagnosis, focusing on the achieved progress", said the representative World Bank.

Speaking about the policy of privatization and the development of the economy in general, Bjerde noted that it is necessary to strengthen the role of the private sector. According to her, the private sector needs government support - primarily "access to land and capital."

In addition, the World Bank monitors problem loans in Uzbekistan. So far, those figures are low enough, Berde said.

"According to the World Bank's sustainability assessments, Uzbekistan's debt is sustainable. It has indeed grown, but it is important to understand that this growth is a response to the pandemic. In addition, the increase in debt is also explained by the active reforms taking place in the country in recent years. Not every debt is evil. It is necessary to understand what it gives to the country. We see the report of the Ministry of Finance in this direction. This is both effective debt management and ensuring transparency", said Anna Bjerde.

Speaking about the role of the state in the ongoing reforms, the expert noted that there are many opportunities in the country for it to move from the role of a manufacturer to the role of an assistant, help business and create equal conditions.

The expert also noted the work of the state in the direction of human development and social support. In particular, budget expenditures on education have increased. So, for example, the coverage of the republic's population with higher education has grown 3 times. If 5 years ago this figure was 9 percent, now it is about 26 percent. 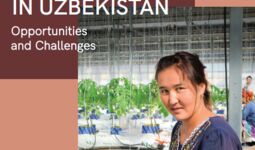 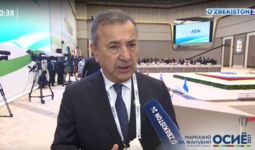 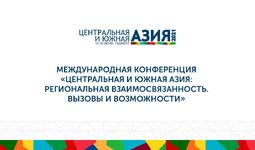