An interview with the famous Azerbaijani economist Vusal Gasimli about his new book "Economic Growth" and the prospects for the economy of Uzbekistan.

Vusal Gasimli, Doctor of Economics and graduate of Harvard University. Currently he is the executive director of the Center for Analysis of Economic Reforms and Communication in the Republic of Azerbaijan.

— How do you assess the economic growth in Uzbekistan?

Uzbekistan was one of three economies in the Europe and Central Asia that maintained positive economic growth in 2020.

Before the pandemic, the Uzbek economy showed a fairly high average annual growth. The elastic structure of the economy made it possible to maintain certain growth rates even during the global crisis. First of all, agriculture during the pandemic turned out to be less susceptible to the risks that existed in the global economy. In Uzbekistan, along with the extractive industries, the processing industry was developed, and this also influenced economic growth during the pandemic. The second argument for the growth was the structure of exports, in which the export of metal, primarily gold and silver, has grown quite significantly over the past ten years. The prices of these metals rise during the crisis. Finally, I believe that despite the severe impact of the COVID-19 crisis, the liberal reforms implemented before the crisis have supported growth in 2020.

After tough administrative regulation and closeness in 2017, the new President of Uzbekistan Shavkat Mirziyoyev approved the Strategy of Action for Reforms, including those aimed at the development and liberalization of the economy. In this context, strengthening macroeconomic stability and maintaining high economic growth rates, improving the investment climate, increasing competitiveness, continuing institutional and structural reforms and stimulating the development of small business and private entrepreneurship played an important role. As a result, Uzbekistan improved its position within five years from 87th place to 69th in the World Bank's Doing Business report and from 166th to 114th in the index of economic freedom issued by the Heritage Foundation.

However, the number of people living in poverty ($ 3.2 a day, 2011 purchasing power parity) increased during the pandemic to 9 percent of the population (well above the pre-crisis forecast of 7.4 percent in 2020) as the pandemic led to job losses, reduced income and decreased remittances. Last year, about 1 million people were below the poverty line.

I know that Uzbekistan is determined to continue the path of social and economic reforms: transform and privatize large state-owned enterprises in various sectors, invest in reducing poverty and unemployment, improve the social protection system and develop human capital.

— How would you assess the competitiveness of the Uzbek economy?

In the ranking of the Index of Economic Complexity (ECI), Uzbekistan ranks 87th. Compared to the previous decade, Uzbekistan's economy has become more complex, moving up by 4 positions in the ECI ranking. The increase in economic complexity in Uzbekistan has been driven by the diversification of its exports. Moving forward, Uzbekistan can take advantage of a moderate amount of opportunity to diversify its production with the know-how available.

Uzbekistan has embarked on structural reforms that provide an opportunity to reallocate economic activity from sectors with low productivity to sectors with high productivity. In other words, from agriculture to the textile industry, and then to electronics and / or equipment manufacturing. Economic growth is driven by diversification and the launch of new products that are becoming more sophisticated. Since 2004, 38 new products have appeared in Uzbekistan, and in 2019 these products contributed $ 10 to per capita income. Uzbekistan has invested in enough new products, but too little to generate significant revenue growth.

In diversifying its economy, Uzbekistan can consider the Strategic Bets Approach, on the example of Azerbaijan, Saudi Arabia, Chile. Several nearby opportunities require coordinated transitions to strategic areas with potential for future diversification.

— What methodologies would you recommend for identifying drivers of the Uzbek economy?

We must carefully select areas that contribute to economic growth. For example, over 80 industries (downstream) use construction products, and the construction sector itself benefits from products and services from over 40 areas (upstream). Thus, the construction sector is such a link through which you can "stir up" the entire chain, and you can also create both demand and supply. Along with the construction manufacturing industry, it also has the ability to influence upstream and downstream. Because, whether it is agricultural products, or mining and processing industries, by adding value to raw materials, increasing the depth of processing, they revive the economy, create added value and jobs.

The main advantage of Uzbekistan is its human capital. Uzbekistan has a rapidly growing working-age population and the country can use its labor force to spur growth. In 2017, about 23 million people of working age lived in Uzbekistan, accounting for 72 percent of its population. By 2030, the workforce will increase by 4 million, making Uzbekistan the fifth largest in the Eastern Europe and Central Asia region.

— What opportunities are there for more efficient use of human resources in Uzbekistan?

Four out of five workers are employed in agriculture and small services, which roughly corresponds to the share of these sectors in GDP. One in three workers works for a state enterprise and one in three is self-employed. This results in a “no middle ground” among fast-growing midsize companies, while the country is still dominated by large, inefficient SOEs and small firms, 70 percent of which do not hire additional workers. Thus, investment in human capital will create more opportunities for economic growth.

— How do you assess the export opportunities of Uzbekistan?

For all sectors of the economy of Uzbekistan, competitiveness should be calculated based on the domestic resource cost, as well as the dispersion effect, which expresses the impact of the sector on other sectors. If this does not pose a threat to economic security, there is no need to support areas that do not have a competitive advantage. Instead, we can maximize profits by using resources more efficiently by supporting areas that have a competitive advantage.

At the moment, the main pulling force for the Uzbek economy is domestic demand, as the ratio of exports to GDP is about 23 percent, and the remaining 77 percent of GDP is domestic demand. In this regard, international comparison shows that Uzbekistan has a huge export potential, and as the economy becomes more competitive, external demand will play an even greater role. Uzbekistan can ensure growth to a greater extent by entering foreign markets. The mining, gas chemical, transport and logistics, textile, manufacturing industries of Uzbekistan are considered more promising in terms of joining global value chains. At the same time, it should be kept in mind that only one tenth of Uzbekistan's exports come from neighboring Central Asian countries. This means that the region also has ample opportunities for expanding exports.

— Currently, Uzbekistan is actively attracting foreign investment. What advice can you give in this area?

In countries such as Uzbekistan, the fiscal multiplier is declining, which means that the role of private investment must increase for economic growth. I think that the privatization of government institutions in Uzbekistan and their management through public-private partnerships can also increase the flow of investment. In addition to direct investment, the role of mechanisms such as venture investors, business angels, portfolio investments, crowdfunding and crowdinvesting should be enhanced. Digital currency can also be seen as a new opportunity to attract investment.

In the country / Economic growth 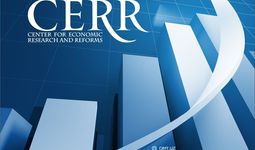 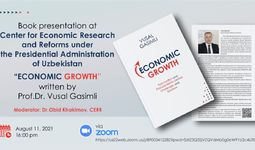 Presentation of the book "Economic Growth" will be held in Uzbekistan 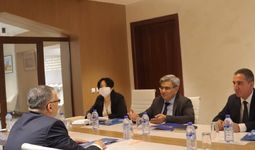 Think tanks of Uzbekistan and Azerbaijan are establishing cooperation 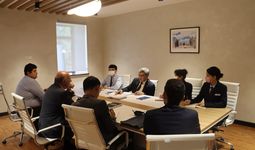