The monitoring results showed that the volume of tax revenues of the republic in the period from January 1 to April 30 this year increased by 16.8% compared to the same period last year. 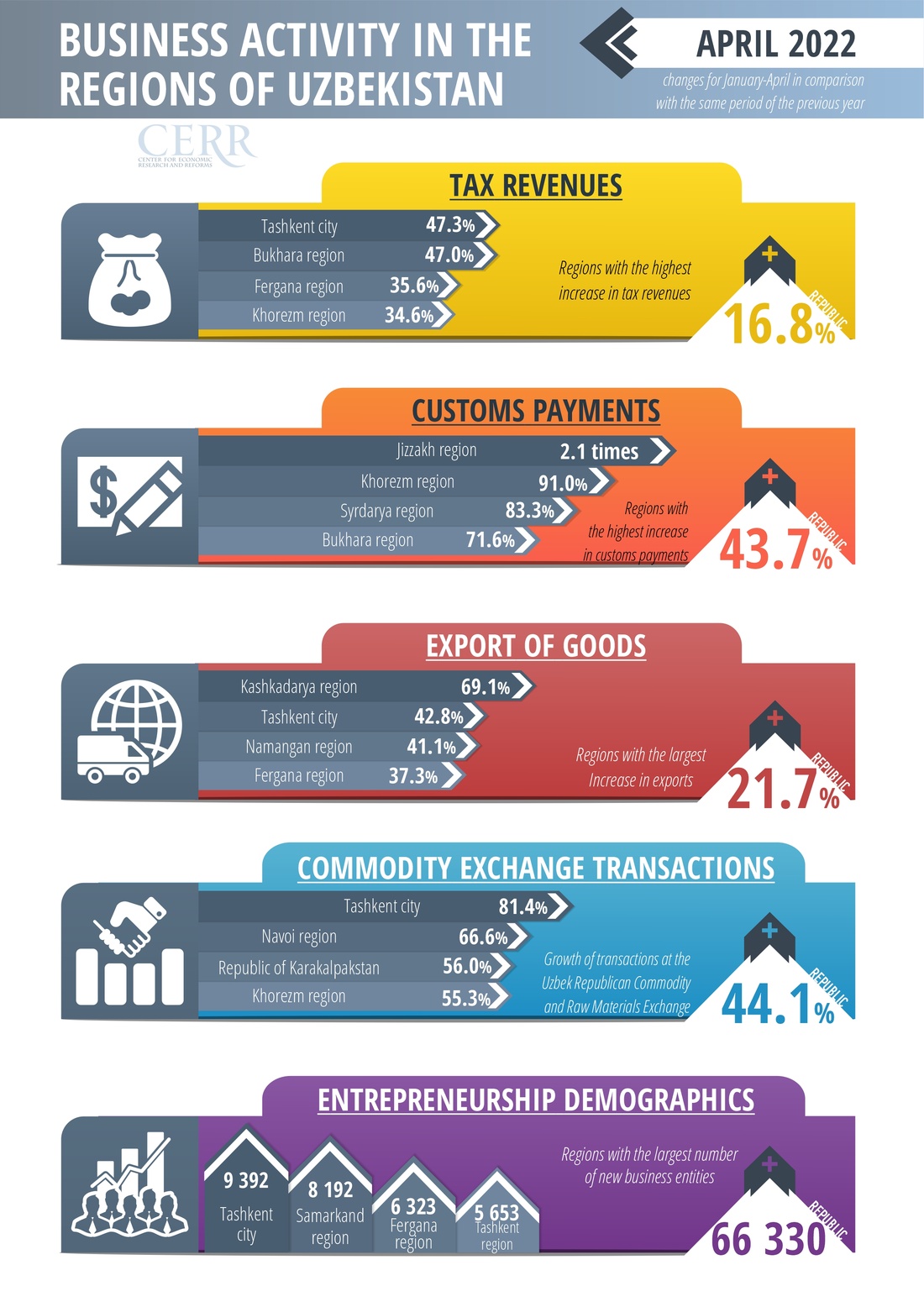 The growth of tax revenues was ensured due to positive changes in the economy, improvement of the tax administration system, including the introduction of new administrative tools, digitalization and automatization of processes, legalization of entrepreneurial activity and simplification of the procedure for compliance with tax legislation.

The increase in customs revenues was achieved due to the growth of foreign trade turnover, the increase in the country's production capacity, simplification of customs administration procedures, digitalization and automatization of processes, including the widespread use of the risk management system by customs authorities.

The increase in Uzbekistan's exports is explained by the raise of growth rates of exports of industrial goods, food products, chemicals and agri-food products.

The decrease in exports in the Republic of Karakalpakstan is explained by a reduction in exports of plastics and products made from them and yarn, pharmaceutical products and the full cancellation of exports of cotton fiber with the redirection of these products to the domestic market.

At the same time, the decrease in exports in Surkhandarya region is associated with a reduction in exports of fruit and vegetable products and the redirection of cotton fiber and yarn to the domestic market.

At the same time, a decrease of 13.2% was observed in the Syrdarya region, which is explained by a decrease in the number and volume of transactions for trade in polypropylene, vegetable oil, cotton fiber, ferrous metal, cement, technical seeds, wheat, livestock feed, soap product and liquefied gas. 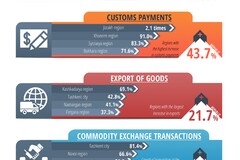 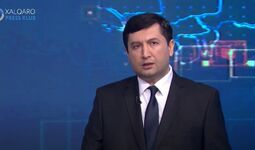 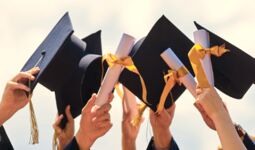 Soft Skills in the Employment of University Graduates 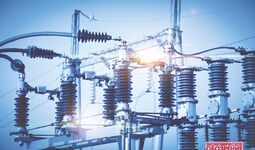 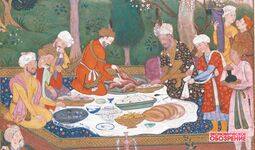 The Tax Legacy of the Baburids