The U.S. Embassy in Tashkent, in partnership with the Ministry of Public Education of Uzbekistan officially opened the American Corner at the Barkamol Avlod Community Center in Qarshi to the public. Deputy Minister of Public Education Rustam Karimjanov and U.S. Ambassador to Uzbekistan Daniel Rosenblum delivered welcoming remarks and unveiled the American Corner Qarshi in a ribbon cutting ceremony.

“It is our hope that the opening of American Corner Qarshi will mark an important milestone in strengthening the relationship between not only our two governments, but between the American people and the people of Uzbekistan,” Ambassador Rosenblum said at the opening event.

American Corner Qarshi will be the first location outside of the capital to provide access to similar resources found at the American Center Tashkent in the U.S. Embassy and the Window on America at the National Library of Uzbekistan. American Corner Qarshi will join a network of more than 600 open-access cultural centers supported by the U.S. government. These American Spaces, located in more than 140 countries, serve to connect the world with the United States. Modeled after modern American libraries, American Spaces receive millions of visitors each year. These technologically-equipped Spaces share American culture and values and provide free access to American books, movies, and English language programs.

Located on the second floor of the Barkamol Avlod Center, the 230 square meter space will be open free of charge to the public Wednesday to Friday 12:00-19:00 and Saturday to Sunday from 10:00 to 17:00 and includes a computer lab, a classroom with a library, a conference hall, and an educational advising room. The space imparts a welcoming and inspiring American-themed environment and is also equipped with an array of resources, such as computers, high-speed internet access, and other modern technology. American Corner Qarshi will facilitate English language learning through programs led by native English speakers as well as provide access to print and digital English language resources. The Corner will also serve as a hub for EducationUSA, a free advising center that provides consultation services to prospective undergraduate and graduate students who wish to study in the United States. The Corner will also offer conversation clubs, discussion groups, virtual programs, film screenings, and English language learning activities.

Overall, seven new American Corners throughout Uzbekistan will be opened through the “American Corners” initiative implemented by American Councils for International Education. This project represents an investment of over $800,000 from the U.S. government and months of close collaboration between local partner organizations. 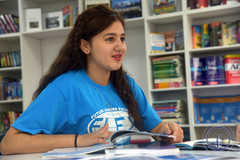 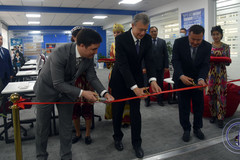 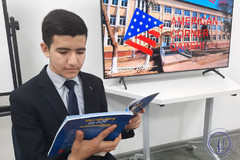 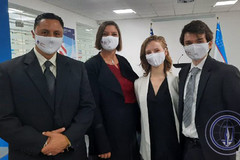 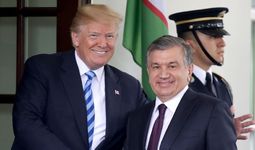 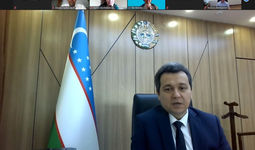 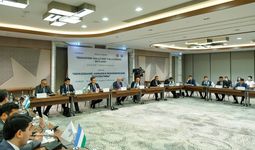 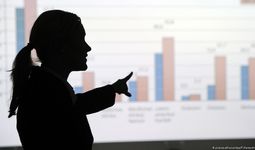 How many women are engaged with scientific research in Uzbekistan 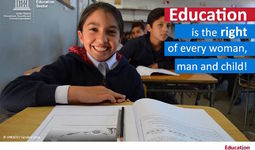 Investing in girls' education and women's employment strengthen the economy 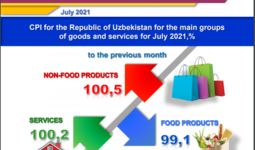