Kun.uz spoke with Tahsinabonu Muftohiddinova, a research fellow at the Center for Economic Research and Reforms, who studied at three foreign universities for four years and was applied to a master's degree at the University of Dundee in Scotland.

Takhsinabonu, who had found out that students with excellent grades at the institute could participate in exchange programs at foreign universities, began to work even harder on herself.

After that, she started learning deeply not only exact sciences but also humanitarian.

In her freshman year, she was accepted as a Ceremony Manager in "The Young Leaders Development Project". This program lasted for 6 months and during this period she got great experience.

This was what had helped her win Erasmus + scholarship program in her first year of study at the university. Thus, our heroine had an opportunity to pursue her 2nd year study beginning from the first semester at the University of Economics in Krakow, Poland.

After coming back from Poland she continued participating in volunteer programs. She was accepted into the volunteer program of the national Erasmus + office in Uzbekistan, where she got informed about a grant from the SolBridge International Business School in Korea.

She then applied to SolBridge International School of Business and was admitted to the university. Tahsina said such exchange programs allow local university students to have the opportunity to study both in their own institutes and in the developed countries of Europe, America or Asia.

“From my own experience, I can say that the selection process for such programs will be transparent. Maybe they think there will be some acquaintance. Believe me, if you meet all the written requirements, you will be selected, ”said Tahsinabonu.

Tahsinabonu did not stop there, she tried to get a national scholarship named after Islam Karimov, and she succeeded. Now she is admitted to the Master's program of the Institute of Finance on a privileged basis.

“I was not satisfied with myself in my bachalor years. i always thought that I had to do additionally something else, therefore I decided to apply for a master’s degree in finance and risk management from Dundee University in Scotland and was admitted as self-financed. Self-financing expenditures and the cost of living were a bit high for me therefore, I tried to get a grant from "El-yurt umidi" fund. I could not win on the first attempt, but on the second try the foundation decided to give me a scholarship to study, ” Tahsinabonu said. 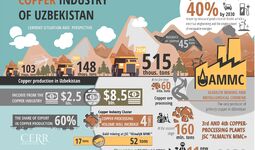 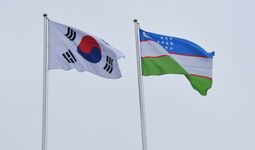 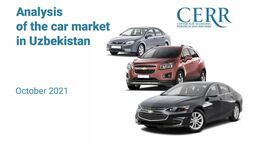