Above all, we should acknowledge that for the first time, an unprecedented amount of more than $ 600 million is allocated in the form of loans and grants for the modernization of agriculture, digitalization, increasing land productivity, and introducing modern agricultural technologies.

In December 2020 during his formal address to Uzbekistan Parliament for 2021, President Shavkat Mirziyoyev paid great attention to the modernization, digitalization of agriculture sector, increasing land productivity, introducing modern agricultural technologies and increasing investments in the sector.

I am sure that the essence of this message is that agriculture should serve the development of Uzbekistan.

Thus, the President focused on the fact that increasing the productivity and efficiency of agriculture is the main source of poverty reduction and increasing the income of rural residents. The President has set a priority task to increase income from each hectare of land from the current average $ 2,000 to at least $ 5,000.To this end, the President set the task to continue and improve in 2021 the introduction into agriculture of the most advanced technologies in the field of water saving, biotechnology, and seed production. Moreover, advances in science and innovation should more effectively serve to increase productivity in agriculture sector.

The President instructed the government to develop proposals to guarantee land use rights and turn them into market assets. Also, the President initiated in all regions of Uzbekistan to create in 2021 centers of agricultural knowledge and innovation, where more than 100 types of agricultural services should be provided through so called “one stop” principle, including services to improve the quality of land, to preserve from diseases, to improve seeds selection, etc.

Above all, we should acknowledge that for the first time, loans and grants worth over $ 600 million will be attracted to modernize agriculture, digitalize, increase land productivity, and introduce modern agricultural technologies in Uzbekistan. Previously, such amounts were not allocated for such purposes.

Such a high attention of the President Mirziyoyev to the development of agriculture is due to the fact that this sector is capable of exerting a tremendous influence on economic development. Improving conditions in rural areas can contribute to massive poverty reduction. Thus, according to the World Bank report, 81 percent of the reduction in rural poverty in the world in the period 1993-2002 (6.9 percentage points of an 8.5 percentage point reduction) is still due to reduction of poverty among rural residents, and not due to migration (migration accounts for only 19 percent of poverty reduction). And there is no doubt that it attributes to improved conditions in rural areas. The comparative benefits of agricultural growth for poverty reduction are also supported by econometric studies. Cross-country econometric studies indicate that agricultural growth has significant impact in reducing poverty across all country types. Cross-country estimates show that GDP growth originating in agriculture is at least twice as effective in reducing poverty as GDP growth originating outside agriculture.

For example, for China, aggregate growth originating in agriculture is estimated to have been 3.5 times more effective in reducing poverty than growth outside agriculture – and for Latin America 2.7 times more. Rapid agricultural growth in India following technological innovations (the diffusion of high yielding varieties) and in China following institutional innovations (the household responsibility system and market liberalization) – was accompanied by major declines in rural poverty.

The experience of South Korea is also of great interest. In Korea the period of rapid industrialization was preceded by heavy investments in rural infrastructure (mainly roads), irrigation, fertilizer, and higher-yielding seed varieties during the ﬁrst half of the 20th century, generating important initial conditions that contributed to the industrial take-off thereafter.

Thus, the President Mirziyoyev makes it clear that in Uzbekistan the development of agriculture is an initial stage, and that it is difficult to imagine the further development of other more complex industries and services without the effective development of this sector.

Obid Khakimov,
Director of the Center for Economic Research and Reforms 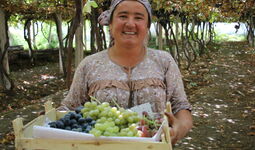 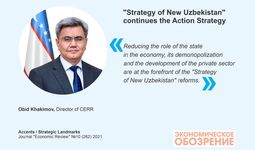 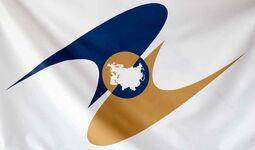 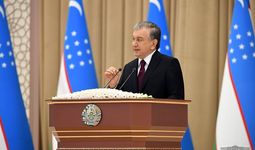 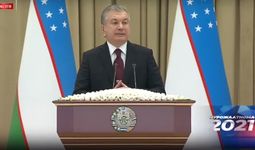